Male: Foreign Secretary Vinay Mohan Kwatra who is on an official visit to the Maldives met President Ibrahim Mohamed Solih and assured him of the firm commitment to the growth of India and Maldives relationship."Foreign Secretary Vinay Kwatra called on President @ibusolih and held substantive discussions on #IndiaMaldives relations, including on progress of ongoing development projects. FS assured President Solih of India's firm commitment to the growth of India-Maldives partnership," tweeted Ar

Beijing: After securing power for the third term in the 20th National Congress of the Chinese Communist Party, Xi Jinping has "ensured complete control" of and loyalty from the army, The Hong Kong Post reported.Chinese President Xi Jinping has ensured that armed forces make preparations to focus their energy on efficiency to launch wars, bolster their ability to win and effectively fulfil the "missions and tasks" of the army in the "new era." As per the news report, Chinese armed forces must "re

US Announces Military Assistance Worth USD 275 Million For Ukraine

New Delhi: External Affairs Minister S Jaishankar on Friday admitted that there is a delay in the issuing of foreign visas and said that at the ministerial level he had raised the matter with the Western countries including the US, UK, and Germany.While addressing the Agenda Aaj Tak 2022, Jaishankar said, "It is absolutely true and I have come to know that there is a lot of worry among the public, especially for those relatives whose family members are staying in a foreign land or for students w

Had Raised Cases of Persecution of Minorities With Pakistan: Centre

It is the responsibility of the Pakistani government to discharge its obligations, he saidNew Delhi: The government today said it had raised with Pakistan cases of persecution of minority groups in that country and urged it to take steps to protect and promote the security of minority communities and their places of religious worship.In a written reply to a question in Lok Sabha, Minister of State for External Affairs V Muraleedharan said in the case of Pakistan, there have been reports of frequ

As part of a significant investment to expand its engineering, digital technology, and manufacturing operations in India, Collins Aerospace, a unit of Raytheon Technologies Corp, has officially inaugurated its new Global Engineering and Technology Centre (GETC) and India Operations Centre in Bangalore.The new sites are part of a long-term growth strategy for Raytheon Technologies in India and globally to maximise collaboration and innovation, providing cutting-edge solutions for customers and pr

New Delhi: Border Security Force troops and Pak Rangers exchanged fire on Friday along the Anupgarh sector of the India-Pakistan International Border in Rajasthan, officials said.No casualties were reported on the Indian side even as the BSF has decided to lodge a "protest" with their Pakistani counterparts and have sought a flag meeting on Saturday, a BSF spokesperson said.He added that Pak Rangers short first as they fired 6-7 rounds at 2 pm "on BSF troops" who were present ahead of the border

On the prospect of India, Pakistan playing cricket in either of the countries, foreign minister S Jaishankar on Friday said there should be sustained international pressure on Pakistan to end terrorism and India will have to take leadership in maintaining that pressureExternal affairs minister S Jaishankar on Friday sent a loud and clear message that cross-border terrorism should never be normalised. Amid the row between the BCCI and the PCB over Asia Cup 2023 following BCCI's announcement that

Moscow: Russian President Vladimir Putin is likely to participate in the G20 Summit in New Delhi in September 2023, Russia's G20 (Sherpa) Svetlana Lukash has stated."I hope that, of course, [Russia's president] will go [to the G20 Summit]. But this, in any case, is up to him to decide. Now, when the next summit is one year ahead, I cannot give an answer to such a question. The way I see it, that there are all chances for this," Lukash told Russian state news agency TASS on Friday.Lukash recalled

Centre 'Running Away' From Debate On Border Issue With China: Congress

Congress said if there is a debate then a collective resolve would be demonstrated to the worldNew Delhi: The Congress on Friday accused the government of "running away" from a debate on the border situation with China and asserted that it would continue to exert pressure for a discussion on the crucial issue in Parliament.Congress general secretary in-charge communications Jairam Ramesh said at Wednesday's meeting of the leaders of opposition parties, including the Aam Aadmi Party and the TMC i

S Jaishankar said that New Delhi has taken the "side" of the well-being of Indian citizens in the conflict and that India is among the countries with whom all sides are sharing their viewsIndia and Prime Minister Narendra Modi have become the “voice of the world", especially of the developing countries, in pushing for an end to the Ukraine conflict through dialogue and diplomacy as soon as possible, External Affairs Minister S Jaishankar said on Friday.He also said that New Delhi has taken the 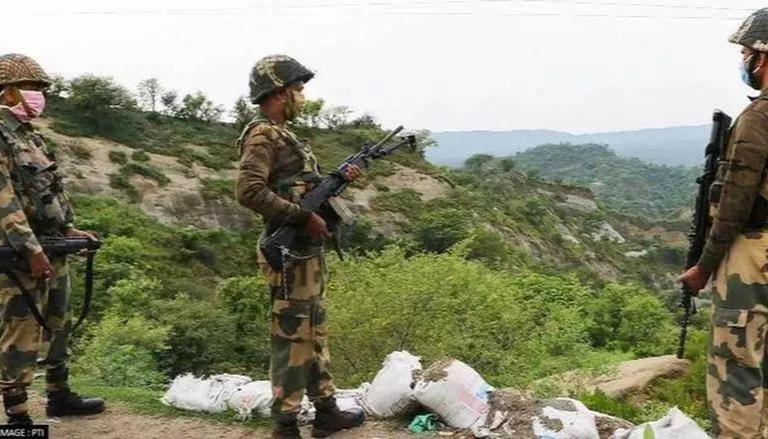 No casualties have been reported on the Indian side, they said. The BSF has called for a flag meeting with their cross-border counterparts which is expected to be held on Saturday along the Anupgarh sector in Sriganganagar district of the state, officials said. Centre “Running Away” From Debate On Border Issue With China: Congress

Congress general secretary in-charge communications Jairam Ramesh said at Wednesday’s meeting of the leaders of opposition parties, including the Aam Aadmi Party and the TMC in Leader of Opposition in Rajya Sabha Mallikarjun Kharge’s room in Parliament, the issue of Line of Actual Control (LAC) was top most among those shortlisted to be raised during Winter session.