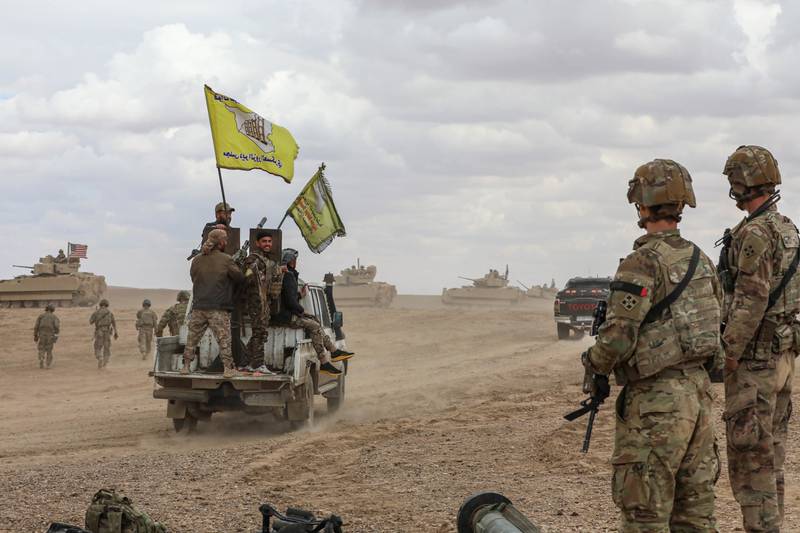 US partner forces repel ISIS attack in Syria, Central Command saysSyrian Democratic Forces stopped an attack from occurring at a displaced persons camp in the Northeast of Syria on Tuesday.10 minutes ago

Islamabad: Pakistan's Prime Minister Shehbaz Sharif is expected to visit China in the last week of November, local media reported."Last minute details are being worked upon, but the visit is very much on," sources told The News on Saturday.Meanwhile, Pakistan Embassy in Beijing hosted an event on floods in Pakistan to lay stress on the need for proactive climate action and international solidarity to mitigate the effects of climate change."Delighted to host representatives of multilateral organi

Beijing: China is exploiting its diplomatic channels to put pressurize on Gulf states including UAE to deport Baloch activists to Pakistan who it believes are opposing Chinese investment, media reports said.Diplomat citing Abdullah Abbas, information secretary of the independent Human Rights Council of Baluchistan said that following an attack on the Chinese consulate in Karachi by Baloch separatist insurgents in 2018, the United Arab Emirates deported Rashid Hussain, a Baloch activist, to Pakis

Male: Foreign Secretary Vinay Mohan Kwatra who is on an official visit to the Maldives met President Ibrahim Mohamed Solih and assured him of the firm commitment to the growth of India and Maldives relationship."Foreign Secretary Vinay Kwatra called on President @ibusolih and held substantive discussions on #IndiaMaldives relations, including on progress of ongoing development projects. FS assured President Solih of India's firm commitment to the growth of India-Maldives partnership," tweeted Ar

Islamabad: Pakistan recently celebrated its 75th Independence Day on August 14 and weeks after its anniversary, the country's media regulatory authority, PEMRA, placed a ban on live telecast of the speeches of Imran Khan, a former Prime Minister. It also blocked YouTube from carrying his speeches.The ban was a sequel to Khan's thunder at a rally held in Islamabad two days earlier. Ever since he was booted out of power through a vote on the floor of Parliament some four months ago, he has been go

New Delhi: Indian Navy signed an agreement on White Shipping Information Exchange with the Royal New Zealand Navy to promote greater transparency in the Maritime Domain, the Ministry of Defence said in a statement.The agreement was signed between Navy chief Admiral R Hari Kumar and Rear Admiral David Proctor, Chief of Royal New Zealand Navy (RNZN) during the former's recent visit to the country."In a milestone development, an Agreement on White Shipping Information Exchange was signed during thi

In A Historic First, Muslim World League Celebrates Gandhi Jayanti, Calls It An Occasion To Spread Message of Non-Violence Internationally

Bolstering National Security Has Been Our Top Priority: Rajnath Singh

“Bolstering national security has been our top priority since the beginning. The allocation of a total budget of ₹5.25 lakh crore to the Ministry of Defence in 2022-23 is a testament to that unwavering resolve”Defence Minister Rajnath Singh on Saturday said that bolstering national security has been the top priority of the government.He launched several digital initiatives of Defence Accounts Department (DAD) during its 275th annual day celebrations in New Delhi on October 1."Bolstering na

New Delhi: Defence Minister Rajnath Singh on Friday exhorted the Indian defence industry to make new investments and lay more emphasis on research and development to scale new heights.“Make new investments, put more emphasis on research & development, and harness its full potential to take the Indian defence industry to new heights. This effort of yours will be very important not only for the defence industry, but also for the overall growth of the entire country,” said Singh while addressin

Canada does not recognise the recent unofficial Sikhs for Justice (SFJ) referendum to express support for a separate Sikh nation-state, Consul General of Canada in Chandigarh Patrick Hebert remarked on Friday.On tackling Indian-origin gangsters in Canada linked to extreme levels of violence, he told IANS in an exclusive interview here that the Royal Canadian Mounted Police (RCMP) has a close relationship with a number of agencies in India and will continue to work with them to ensure that crimin

Jodhpur: In a major boost to the Indian Air Force's combat prowess, the first batch of indigenously-developed Light Combat Helicopter (LCH) will be inducted into the IAF inventory at a ceremony in Rajasthan's Jodhpur on Monday which also mark the presence of Defence Minister Rajnath Singh."The induction of these helicopters will be a big boost to the IAF's combat prowess," Defence Minister Rajnath Singh tweeted.The new chopper getting inducted into the force is capable of aerial combat and will

Space Situational Awareness (SSA) constellation to be launch in Q4 2024Paris – Digantara Research and Technologies Private Limited (Digantara) and Rocket Factory Augsburg AG (RFA) sign a Memorandum of Understanding (MoU) to expand their partnership in the areas of launch procurement and Space Situational Awareness (SSA). Under this partnership, RFA will launch two Digantara satellites into low Earth orbit using its RFA ONE launch system. In addition, Digantara will work with RFA to enable safe

Indian Army has inducted the M777 Ultra Light Howitzer (155mm) in harsh terrain of northern borders. The gun is highly transportable for rapid deployment to meet any operational contingency.The seventh regiment of the M777 is under way, and the induction of all 145 guns should be completed in the next few years, a defence source saidIn the next five years, the Indian Army’s Regiment of Artillery would see major force accretion with the induction of several guns, including indigenous ones. Thes

India Defence Start-Up Redon Systems Pvt Ltd has developed a Barrel-Launched Loitering Munition system that is capable of carrying out missions in Semi-Autonomous or Autonomous modes even in GPS-denied environments.This Barrel-Launched Loitering Munition system can carry a payload of 1.5 kilograms at a service ceiling of 4,000 meters and has a strike radius of 30 kilometers to target enemy hideouts, Vehicles Fuel and ammunition dumps.It features Multi-Barrel Launch capability, Encrypted Communic